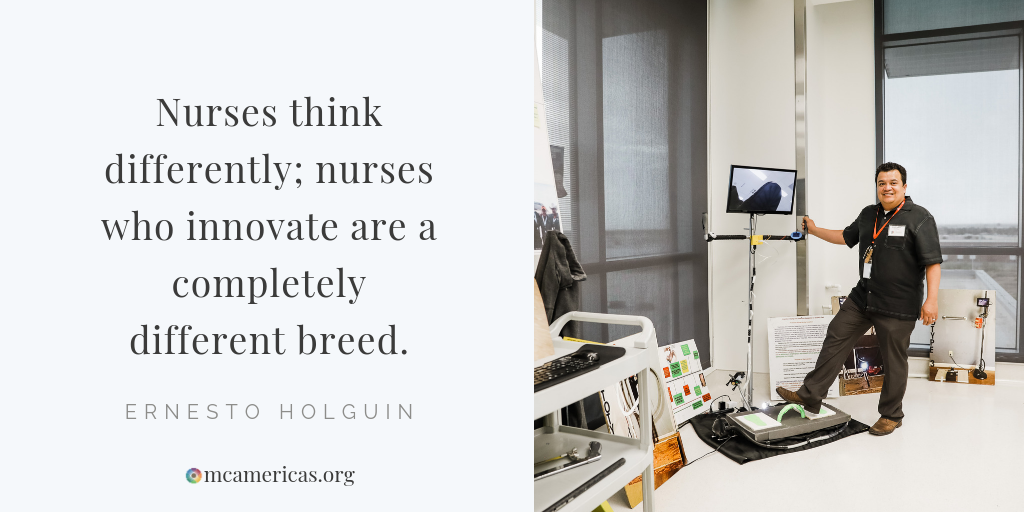 EL PASO, TX -May 9, 2019- From nurse to nurse-innovator to nurse-innovator-entrepreneur, Ernesto Holguin, CEO and Founder of OTEN Medical, has gone through many challenges and obstacles to be where he is now in terms of his startup and the steps they have made towards making the DiFoBod (Diabetic Foot Body Center), a patented device that properly dries the feet of diabetic patients to mitigate ulcers, provides clinical quality images remotely to a patient’s physician, and integrates glucometer data and vital signs into a single platform, addressing patient needs across their continuum of care. In honor of National Nurse Week, the MCA highlights Holguin’s journey through the rings of the entrepreneur and startup world and his accomplishments to date.

Before becoming the CEO and Founder of OTEN Medical, Holguin started working as a dialysis nurse at Las Palmas Medical Center in 2001 and continues to dedicate his time to helping patients today. As he became more involved with patient care, Ernesto noticed there was something missing in the care of diabetic patients. The idea of a device that could dry a patient’s feet, take pictures to identify foot ulcers, and send those pictures to primary care physicians began to form in Ernesto’s head. However, at this point in time, this type of device seemed farfetched and unrealistic, because in the early 2000’s cell phones were not easily accessible or affordable and the idea of sending images through phones was futuristic. It wasn’t until 2007, after the debut of the iPhone, the accessibility of WiFi, and the affordability of cellphones, that Holguin began to think of his device as not just an idea but a possible reality.

In 2013, Ernie began the process of filing a provisional patent application for his device by taking out a 401K loan, working with a design engineer, and consulting a patent attorney. From there, in 2014, Holguin struggled to find a place to expand on his idea in El Paso, because, at the time, the region did not have a place or an organization that helped grow innovators and entrepreneurs and their ideas. In 2015 Ernesto applied for a 20-year non-provisional patent, constructed his prototype in his living room, and began to become more involved with organizations and competitions that would help launch his device to the next level. He got involved with MakerNurse, a community of inventive nurses who are creating solutions to improve patient care every day, where he received the encouragement, tools, a platform, and training to continue working on his patent and improving his prototype.

In 2016, Ernesto got in contact with the Medical Center of the Americas Foundation’s Senior Director of Innovation Projects, Jeff Fuchsberg, and things started to get a bit more interesting for the OTEN Medical team. In May of 2017, Holguin applied to and got awarded the InfoSys Foundation Maker Award. Later that year Holguin and his team, which included his brother, Eddie Holguin, got accepted into the MCA Innovation Center program for startups and won the pitch competition at the end of the term, where they were awarded $15,000 for seed funding.

“The MCA definitely helped us learn the business side of things and the company side of things in terms of how to build our startup,” CEO and Founder of OTEN Medical Ernesto Holguin explains, “Having the opportunity to get in front of people to pitch and getting that feedback is so helpful and the information that we received on the perfect pitch, how less is more, and how important the story behind your innovation is, still sticks with us and we use it still to this day.”

This year OTEN Medical has continued to make a mark on everyone they meet and everywhere they go including their most recent venture to San Diego for an SBIR meeting with a program officer from the National Institute on Aging (NIA) and the Johnson & Johnson Nurses Who Innovate QuickFire Challenge. After coming across email and social media promotion for both JLabs items of interest, Ernesto decided to reach out and apply. OTEN Medical got accepted to a one-to-one talk with Todd Haim, Chief of the Office of Small Business Research at the NIA and got to discuss his project and how to go about applying for an SBIR. Two weeks after, the OTEN Medical team went and pitched their device to distinguished panel of nurses for the Johnson & Johnson QuickFire Challenge and became a finalist competing for grant money and startup assistance offered by JLabs. The QuickFire Challenge gives nursing innovators with the best idea(s) the opportunity to receive up to $100,000 in grants and access to mentoring and coaching from Johnson & Johnson, via Johnson & Johnson Innovation, JLABS to help bring their ideas to life.

“Nurses think differently and nurses who innovate are a different breed.” says Holguin, “As a nurse innovator, you are starting to think out of the box and how to incorporate the changes you want to see into real life practice. The advice I have for them is to persevere, don’t give up, and continue, because you will end up making a difference with your design and with your device.”

It is safe to say that Ernesto Holguin has navigated the transition between nurse to nurse-innovator-entrepreneur well in the last 18 years and we continue to see the efforts he and his team put into the company and the DiFoBod pay off. As he continues to work on growing his innovation and business and continues to be an important MCA Innovation Center Ambassador and Program Graduate, Ernesto is a prime example of what it means to be a nurse who cares about his patients enough to see something wrong with patient care and take it upon himself to change it. To learn more about OTEN Medical and their device that is changing diabetic care, visit https://otenmedical.com/device-info. To learn more about the MCA Innovation Center Innovator and Startup Programs, visit https://mcamericas.org/innovation. 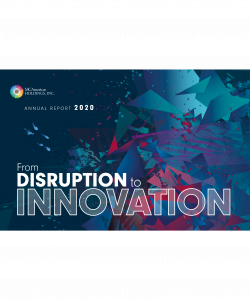